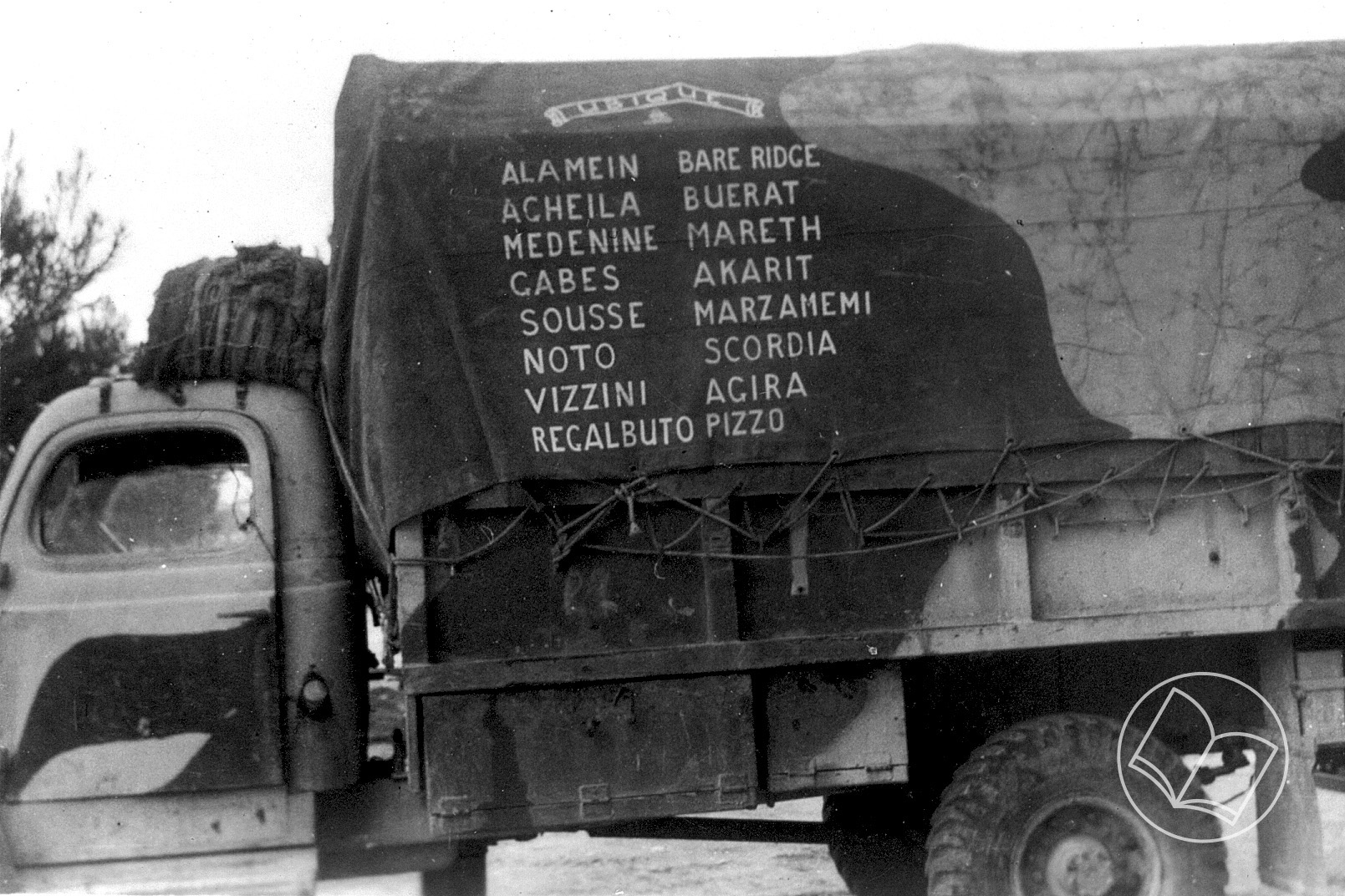 The Battery’s route from Alamein to Pizzo 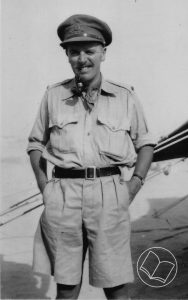 Under the command of Major R.G. Orr M.C., the Battery sailed with the Regiment for Egypt the following May and took part in the Battles of Alam el Halfa and Alamein, followed by the pursuit to Tripoli and on into Tunisia.

In April 1943, shortly before the end of the North African campaign, it left the Regiment to become an independent anti-tank battery and returned to the Nile Delta. Here it joined 231st Infantry Brigade, known as the Malta Brigade, as its three regular infantry battalions, 1st Hampshires, 1st Dorsets and 2nd Devons, had formed part of the garrison during the long siege of the island.

The Battery joined the Brigade at Kabrit on the Suez Canal and commenced training in combined operations with the Brigade which had been selected for the forthcoming invasion of Sicily. New guns were received including four of the powerful new 17-pounders and the Battery was organised on a three Troop basis; A, B and C.

The first vehicles left for the ports of embarkation on 1 June with the gun group moving by road via Tobruk to Benghazi. Other parties embarked on the S.S. Otranto and S.S. Strathnaver, which together with H.M.S. Keren carried the main body of the Brigade. Loaded on LSTs (Landing Ship Tanks) the gun group sailed on 2 July via Tripoli and Malta for Sicily. 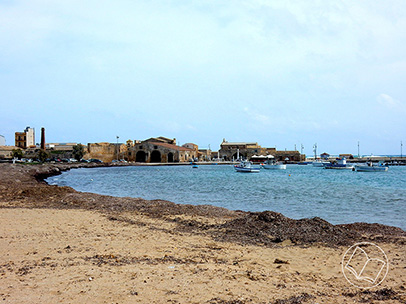 10 July – The landing was made at Marzamemi on the south east coast of Sicily in the early hours against light resistance. All guns were ashore by 0830 hrs and, with the bridgehead secured, B & C Troops were pushed out to the outer perimeter. Just after midday the Dorsets on the right were attacked by some old French R-35 tanks manned by an Italian mobile battle-group. Although the attack was pressed home strongly, the tanks were knocked out by the Battery’s guns and Sherman tanks of the 46th Bn, Royal Tank Regiment.

Later in the day, the breakout got underway. A Troop joined a mobile column that moved northwards on the Pachino-Noto road to link up with the troops that had landed further to the north at Avola. 231st Brigade was now under command of the 51st (Highland) Division.

11 July – In the early hours the Battery, less A Troop, was placed under command of 23rd Armoured Brigade (Harpoon Force) and advanced inland north west towards the high ground at Pircazzi. At first light the force moved forward to cross the River Tellaro at Paolo and on to Noto, where 231st Brigade was in defensive positions around the town. The Battery pushed on through Noto in the afternoon with Harpoon Force and advanced northwest towards Palazzolo and Vizzini.

12 July – Harpoon Force occupied Palazzolo by midday and moved on to Buccheri.

In the evening, A Troop with 231st Brigade following in the wake of Harpoon Force, was rapidly sent up with its guns to deal with the threat of some German tanks in the Buscemi/Buccheri area, but they failed to materialise. 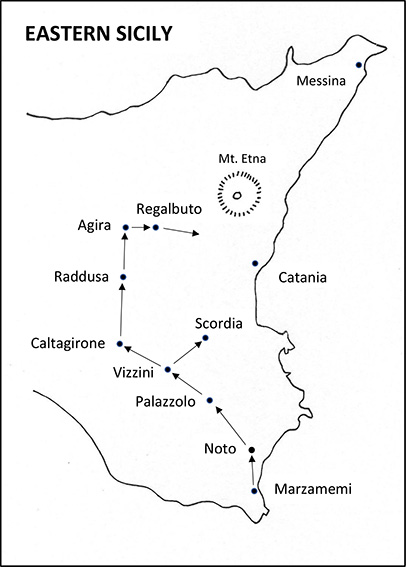 14 July – No move. Battery deployed in gun positions. A Troop now with the Dorsets on wheels.

15 July – Vizzini taken by 153rd Brigade of 51st (Highland) Division. Battery less A Troop advances with 23rd Armoured Brigade against negligible opposition to Scordia. Four casualties in B Troop from enemy aircraft, one portee out of action.

16 July – Battery ordered to rejoin 231st Brigade, which once again reverts to an independent role, and moves to Caltagirone after its capture by the 1st Canadian Division.

17 July – No move during the day, but Battery advances 18 miles at dusk and occupies position south of Raddusa.

18 July – Raddusa occupied by 231st Brigade, all gun Troops deployed in the area. On the night of the 18/19th the Hampshires launched an attack to capture the bridge over the River Dittaino and the high ground beyond astride the road north to Agira.

19 July – Early the following morning A Troop advanced with a mobile column provided by the Devons to exploit the success of the Hampshires. South of Agira the column came up against the enemy positions and came under heavy mortar fire. Lieutenant B. O’B. Turner, Bombardier A.J. Price and Gunner H.G. Belcher were killed and several men badly wounded.

Sergeant G.F. Falconer would be awarded a Military Medal for his actions that day as his citation records: On 19th July 1943 at Agira, Sgt Falconer’s troop came under heavy mortar fire which killed several men including the troop commander, seriously wounded two senior NCO’s of the troop and destroyed one gun. Sgt Falconer immediately took command of the troop and despite further heavy enemy fire got the other guns into action. He personally saw to the removal of the portees from the area and his initiative and personal courage set a first class example to the men under his command. By his prompt action he undoubtedly saved further lives and equipment. He remained in charge all day and later when ordered to remove his guns he borrowed carriers and successfully carried out the operation.

20 July – Brigade comes under command of the 1st Canadian Division and consolidates its position in contact with the enemy. A Troop withdrew to reorganise at 2100 hrs.

21 July – No change in Brigade position and with strong enemy mortar and shellfire.

22 July – Limited attacks by the Dorsets and Devons at night. Battery guns in position by first light.

25 July – B Troop placed under command 1st Hampshires on the right flank, but no move before midnight. C Troop put second gun in action on left flank. A Troop still in reserve.

27 July – No move. Canadians on the outskirts of Agira.

28 July – Agira captured. Battery moves up on right flank. A Troop under command 1st Dorsets. The plan for the following morning was for the attack to continue towards Regalbuto.

29 July – Battery moves up east of Agira. C Troop remains present location. Stiffer opposition encountered in the afternoon on the road to Regalbuto. The Hampshires suffered heavy casualties in an attack on the Regalbuto ridge running south of the road.

31 July – Two 17-pounders moved forward as the Devons advance. A German counter-attack developed in the morning along the ridge against the Devons, but was driven off after close fighting. The Dorsets also attacked the high ground west and south of the town.

2 August – Regalbuto entered by the Dorsets and the Canadians. A Troop move forward, B Troop in reserve and C Troop improves positions.

With the capture of the town, the fighting in Sicily for the Battery and the 231st Brigade Group was now over and for a short while rest and maintenance were the order of the day.

The end of the Sicilian campaign, which came with the final withdrawal of the German and Italian forces across the Strait of Messina on the night of 16/17 August, found the Battery with orders to move to a concentration area south of Catania. Here conferences attended by Major Orr got underway on the future operations of the Brigade and the Battery’s employment. On 8 September, just three weeks later, the Battery joined in an assault landing on the Italian mainland at Porto San Venere near Pizzo in Calabria.

← A Military Medal at Anzio