Events and memories that should never be forgotten . . .

A number of years ago a project was initiated to produce histories of the three Regiments, primarily for the veterans and their families; three books have been published to date and more are in preparation. 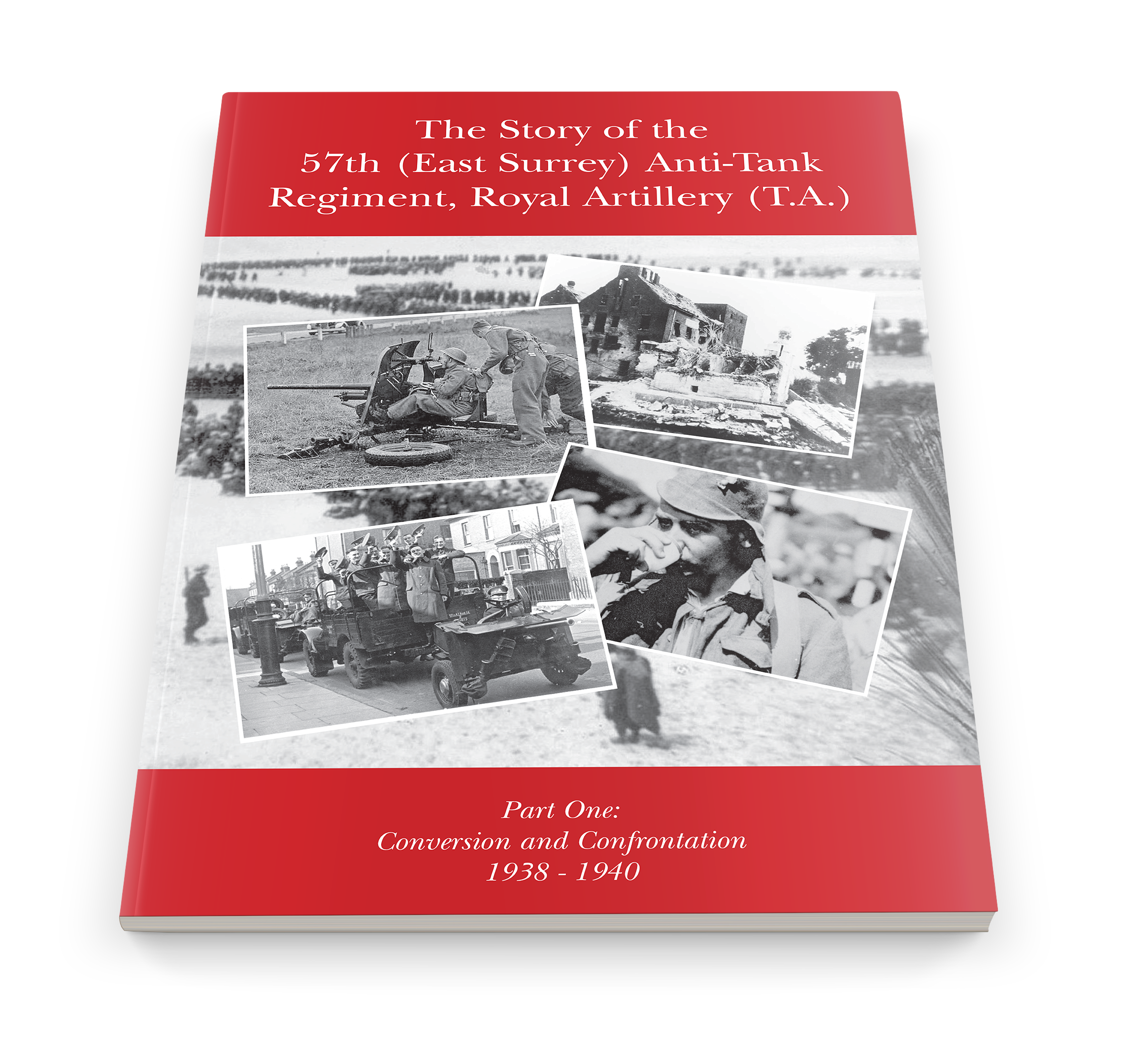 The Regiment originally existed as the 5th Battalion, The East Surrey Regiment, an old territorial infantry battalion that recruited in Surrey and South West London. After a brief account of its lineage and a chapter on the inter-war years, the book tells the story of the Regiment following its conversion to the anti-tank role. On the outbreak of war the Regiment embodied at Epsom Racecourse and after training in Somerset crossed the Channel to join the British Expeditionary Force. It then took part in the fighting in Belgium and France before returning home via Dunkirk. 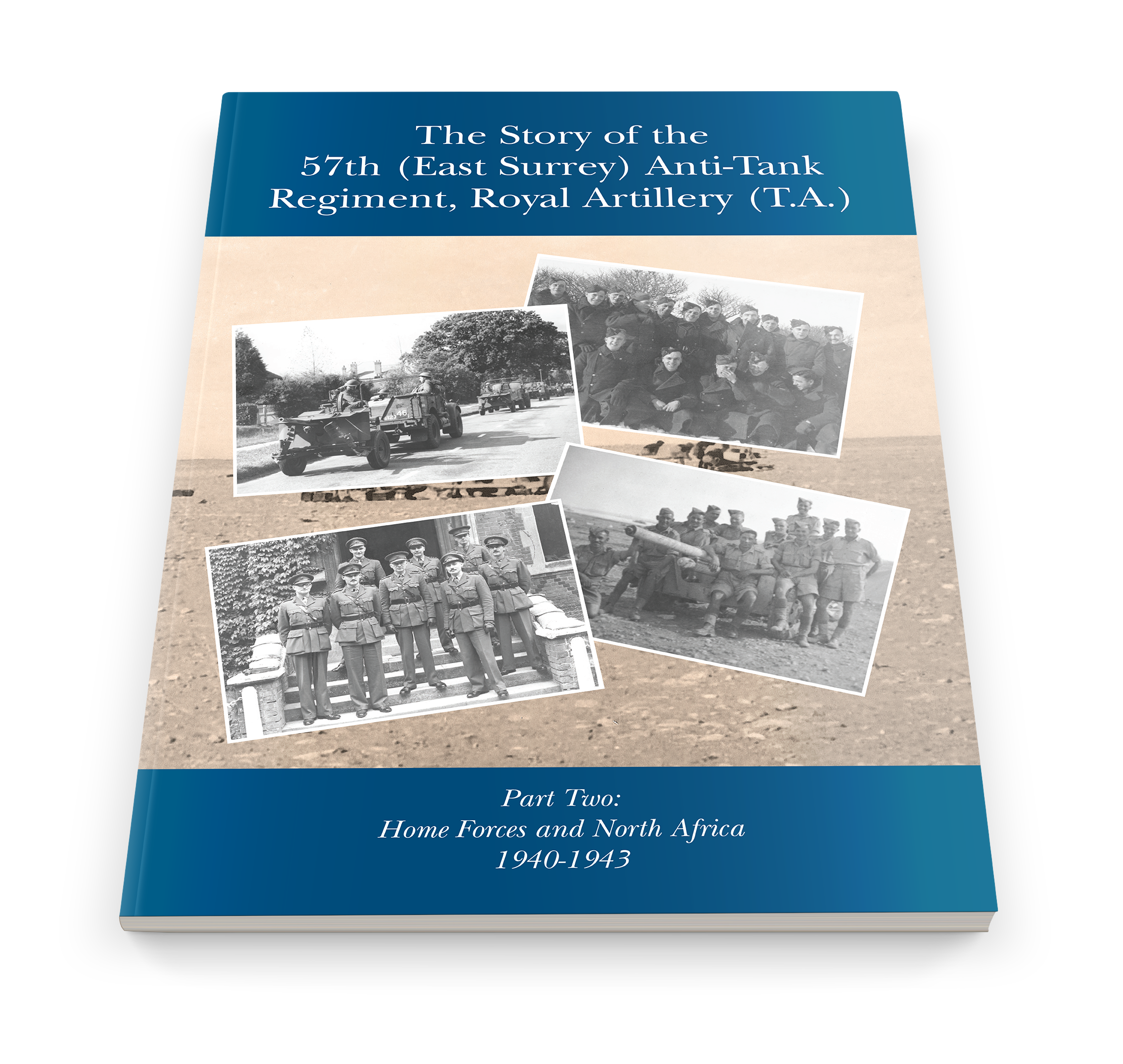 This book continues the story of the Regiment covering the period from its return home from the Dunkirk beaches through to the conclusion of the North African campaign. After helping to defend the country from the threat of invasion, the Regiment sailed for the Middle East where it took part in the battles of Alam el Halfa and El Alamein, the pursuit to Tripoli, the battles of Medenine and Mareth, and the final advance into Tunisia. 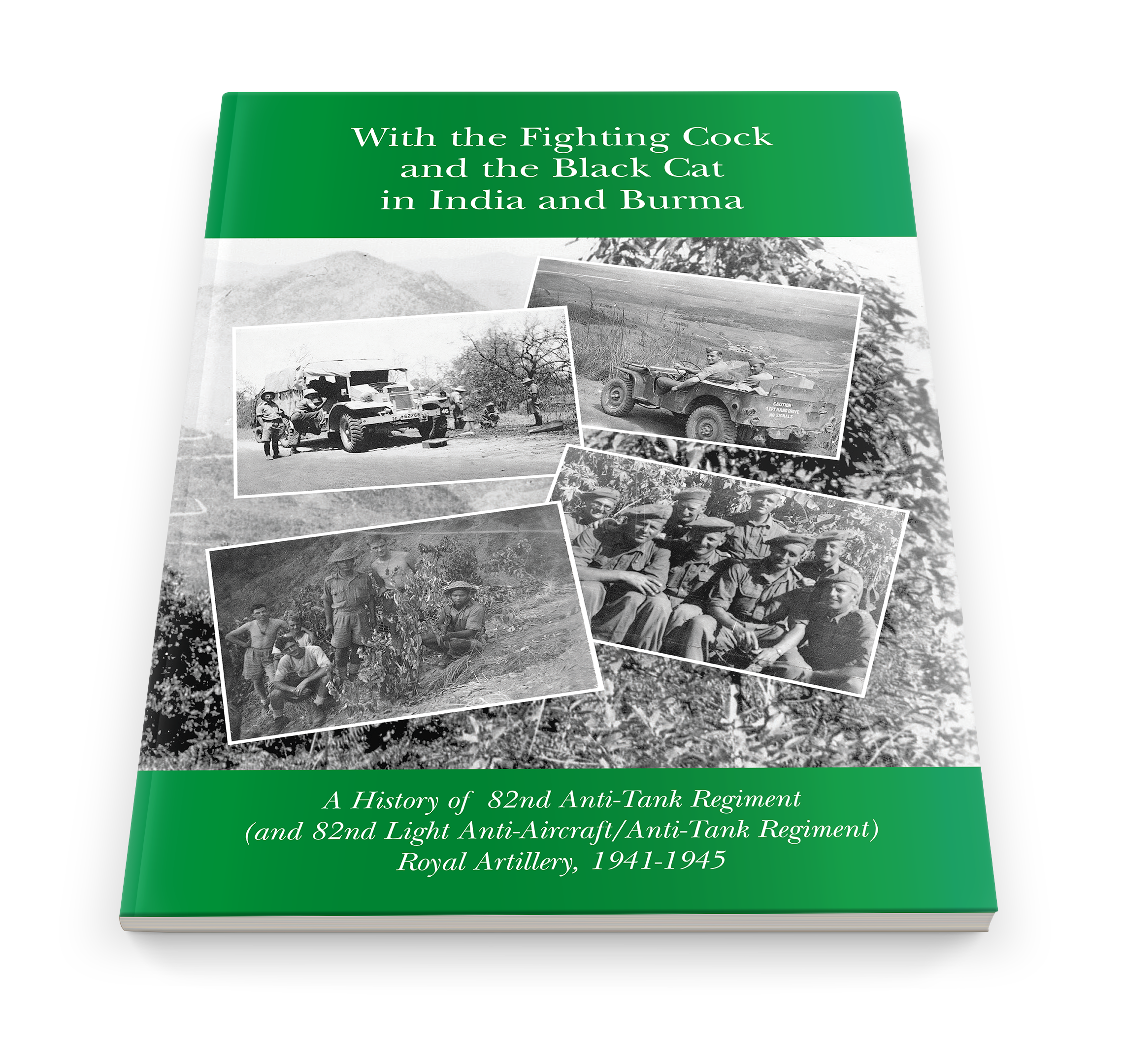 Formed in 1941, the 82nd Anti-Tank Regiment, Royal Artillery spent its entire active service with the ‘Forgotten’ 14th Army on the Burma front, battling not only a dangerous adversary but an inhospitable terrain and climate. The Regiment served first with 23 Indian Division (The Fighting Cock) which for a brief period in 1942 stood alone on the eastern frontier of India to stop the Japanese following up their victory in Burma. Later, with 17 Indian Division (The Black Cat) and re-organised as a light anti-aircraft/anti-tank regiment, it was involved in the fighting around Tiddim in the Chin Hills. When the Japanese launched their major offensive in 1944 the Regiment fought its way back up the Tiddim road and in the decisive battles of the Imphal Plain. Rested and re-organised in an anti-tank/mortar role, it was involved in 14th Army’s re-conquest of Burma including the thrust to seize Meiktila and the final dash to Rangoon in 1945.

Please enter your details below and use the 'Reasons for Enquiry' option to either make a general enquiry, share a regiment related story or purchase one of the books and we will respond to you.